You are here: Home / Events / Ramadan / Taraweeh Prayer: Everything You Want to Know

Taraweeh prayer is the special prayer in the month of Ramadan. It is performed between Isha and Fajr prayer.

The Ramadan month itself a gift to the followers of the last Prophet Muhammad (PBUH). Taraweeh prayer is an added supplication in the month of Ramadan. Each Muslim is relied upon to join in and offer this exceptional supplication which is Taraweeh.

What is Taraweeh Prayer or Nighttime Prayer?

The word ‘Taraweeh’ is rooted in Arabic signifying “to rest and relax”, as it is viewed as an exceptional type of Islamic contemplation. It has different names in different parts of the globe based on the native languages and variation in languages.

These special prayers are performed by reciting long bits of the Qur’an, taking much more time than usual prayers. Since it is performed at night and takes a longer period to complete the prayer, it is called Qiyam-ul-Lyle in Arabic and Nighttime Prayer in English.

Is Taraweeh Prayer Sunnah or Nafl?

Taraweeh prayer is sunnah. Many of the ahadith have been stated regarding the importance and benefits of performing Taraweeh. A hadith has been released from Abu Hurayrah (may Allaah be pleased with him) where our Prophet (PBUH) says, “Whoever stands at night prayer in Ramadan while believing in Allah Who prescribed it and while seeking its reward from Him, will have his past sins forgiven.” [Muslim] Some people argue Taraweeh is Nafl and some of them say it is a confirmed Sunnah.

Bangladeshi Muslims make it compulsory (with few exceptional cases) for every adult Muslims to perform Taraweeh Prayer at mosques. They organize a grand congregation that is led by a couple of Imaam who are Quran-e-hafiz (who memorize the entire Quran).

There is profound disagreement among the Islamic scholars on the topic of if Taraweeh prayers 8 or 20 Raáka. Tarawih is performed two by two. After each four Raáka break is taken 4 (2+2). The total number of Taraweeh brings a debate among Muslims under different schools of Fiqh. Some narrators opined that prophet (PBUH) has performed eleven Raáka including Witr.

And some said twenty excluding Witr. All the narration regarding the figure of Taraweeh is absolutely correct. On the other hand, the lives of Khulafa-e-Rashedin shown the implication of twenty Raáka. This implies the number of Taraweeh should be twenty.

There is no direct statement regarding Taraweeh Prayer on the Holy Quran. Our Prophet (PBUH) says, “Whoever stands at night prayer in Ramadan while believing in Allah Who prescribed it and while seeking its reward from Him, will have his past sins forgiven.” [Muslim]

Another Hadit narrates Our Prophet (PBUH) says, “Whoever stays at a funeral until they perform the prayer earns one load, and whoever stays until the burial is completed gains two loads of divine rewards.” They asked: “How much are the two loads?” The Messenger of God (blessings and peace be upon him) said: “Like two big mountains!” (Bukhari, Jenaiz 59)

Taraweeh Niyat is essential for Salatul Taraweeh like the other Salah. It comes with plenty of reward, mercy, and benefit. It decontaminates our spirit as well as keeps us solid and fit. It has been accounted for that individual who performs fasting the entire day and afterward performs Taraweeh supplications around evening time feels increasingly strong.

Remember, reciting this Dua in between Taraweeh is not mandatory. Anyone can recite any Dua s/he likes. Making it compulsory would be considered as Bidah.

1. Can I perform Taraweeh alone at home?

2. Is Taraweeh compulsory for all?

Taraweeh is to be performed by all, even the person who for any reason cannot perform fasting have to perform Taraweeh.

Taraweeh prayer is a unique supplication that marks the glorious month of Ramadan. Allah keeps blessings and mercy in the prayer. We are so fortunate followers of Prophet Muhammad (PBUH). May Allah grant us all for the maximum benefit and mercy of Allah the Almighty. 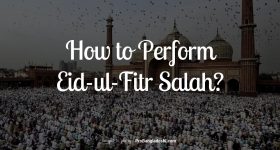 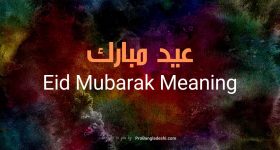 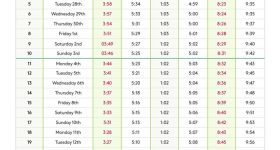 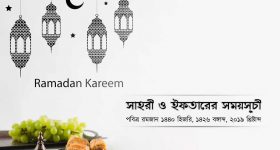 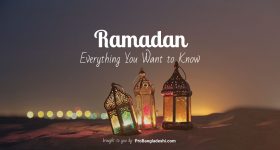 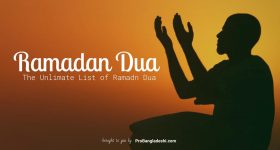