Celebrating International Nurses Day 2020 amid the Corona Virus pandemic will undoubtedly bring a fresh dimension in the global health sector making the realization of the importance and value of this profession in public health. This year, the event will be observed worldwide on 12th May with a fresh theme “Nurses: A Voice to Lead – Nursing the World to Health”.

The Significance of International Nurses Day

People used to think of doctors as being the most contributing and vital force in the healthcare sector. Literally, that is not a wrong conception. But there are some others who contribute more than those of them – they are nurses. They possess enormous knowledge and diverse skills that they put to keep us fit, healthy and nutritious for years.

Nurses help bring new life into the world, care tirelessly for the sick and injured, and sometimes watch the patients they did everything to save pass away despite their best efforts. International Nurses Day is celebrated around the world with due respect and love to give credit to the nurses’ enormous contribution in helping people lead a sound life.

Traditionally, several initiatives are taken to mark the day. They are praised and paid respect by recognizing their efforts by giving gifts, accolades, and public recognition by several public and private representatives around the globe.

Before getting into the next query, let’s learn something that brought the day into our discussion.

Dorothy Sutherland, an officer from the U.S. Department of Health, Education, and Welfare, was the person who first appeared with the conception of marking a day for recognizing nurses’ sacrifices and contributions in the sector in the year 1953. Later he proposed to celebrate Nurse Day.

President Dwight D. Eisenhower is credited for announcing it to be observed nationwide. By this process, the International Council of Nurses (ICN) came forward to celebrate later in 1965. The council got the first credit to make this event universal.

In January in 1974, this historic decision came. The 12th of May the birthday of Florence Nightingale,the inspiring personality of nursing was finalized to be celebrated as the part of the commemorating her contribution in the realm of medical sector, specifically in nursing.

In this process, the International Council of Nurses introduced and distributed International Nurses Day Kit (literally meaning having instructive and open data materials utilized by the nurses among folk) each year as part of celebrating the event.

International Council of Nurses honors the International Nurses Day every year all around the globe on 12th of May as the birth commemoration of Florence Nightingale.

International Council of Nurses would disperse an IND Kit in 2014 having instructive and open data materials with the topic “Nurses: A Force for Change – An imperative asset for wellbeing”. Nurses are urged at this day to extensively utilize this pack during the time through their individual and gathering exercises.

Florence Nightingale was born on the 12th of May in 1820. ICN set up the day in 1974 to be praised each year to feature the significance of a nursing job in giving the best human services. She turned into an imperative figure of nursing since the Crimean War amid the 1850s.

Nightingale positioned at the Barrack Hospital, Scutari, improved the social insurance administrations and nursing and opened “the Nightingale School of Nursing” at the St. Thomas Hospital, London in 1860.

Special and educational programs are taken while observing the International Nurses Day every year to address bunches of nursing subjects. The theme of celebration is chosen depending on nurses and their working condition, taking care of poor, neediness issues and some more.

It is praised as seven days in length occasion, leveled as National Nurses Week, in numerous nations like Australia, the United States, Canada and so forth.

How to Celebrate International Nurses Day 2020

International Nurses Day is celebrated each year by arranging a flame light cycle in Westminster Abbey, London. A flame light is handed over one nurse to the other. It symbolizes the knowledge which is to taken starting with one nurse to the other) to put it on the High Altar. A major function is similarly held at St. Margaret’s Church, where Florence Nightingale is resting in peace, just after her birthday.

In the US and Canada, the week-long program is issued naming National Nursing Week from the sixth of May to the twelfth of May. Assortments of nursing functions are directed amid the entire week’s festivity in Australia. National Nurses Week is the entire week festivity focusing on the social insurance benefits on the global dimension.

It is commended to perceive the commitments and responsibilities of the attendants among normal open. American Nurses Association bolsters and supports the festival of National Nurses Week every single through state and region medical attendants’ affiliations including other medicinal services organizations and establishments.

Week-long program is designed to celebrate the nurses’ huge job in minding patients. Exercises are held, for example, instructive courses, an assortment of network occasions, discusses, rivalries, exchanges and so forth. Nurses are valued and respected at this day by circulating blessings, blooms, arranging suppers and so forth by the companions, relatives, associates (specialists, managers, and patients).

Above all, all the countries in the world do celebrate in their own style complying with the core formalities in line with the parent body, International Council of Nurses.

In 1988, the International Council of Nurses (ICN) introduced a unique theme for the first time to uphold the meaning of this noble profession. From then, each year International Nurses Day is celebrated with a distinguished theme worldwide. Each theme signifies their sacrifice, commitment and contribution they cost for the sake of their profession. Now, presenting all the themes they introduced from 1988 to till now.

People take with different ways to express feelings, love and respect toward nurses. It is now so easier to do, especially in the dominating days of Facebook, Twitter and other social platforms. On this day, many people post Happy Nurse Day 2020 on their social timelines and several inspiring and heart touching quotes involving nurses’ love, sacrifices and great contribution for the sake of humanity are shared via messages. Some people send cards and gifts to the nurses they owe to.

There are plenty of quotes and sayings regarding nurses pertaining their achievements, sacrifice, and contribution in the society. Those quotes are inspiring people to get engaged with this noble profession. Some of those powerful and inspirational quotes are shared for the readers. Here these are.

“Nurses dispense comfort, compassion, and caring with or without even a prescription”. – Val Saintsbury

“A thousand words will not leave so deep an impression as one deed”. – Henrik Ibsca

“Nurses are the heartbeat of Healthcare”.

“Women have no sympathy and my experience of women is almost as large as Europe”. – Florence Nightingale

“Panic plays no part in the training of a nurse”. – Elizabeth Kenny

“I have lived and slept in the same bed with English countesses and Prussian farm women… no woman has excited passions among women more than I have”. – Florence Nightingale

“Hospitals are only an intermediate stage of civilization”. – Florence Nightingale

“Some minds remain open long enough for the truth not only to enter but to pass on through by way of a ready exit without pausing anywhere along the route”. Elizabeth Kenny

“She said the object and color in the materials around us actually have a physical effect on us, on how we feel”. – Florence Nightingale

Florence Nightingale who known as the founder of modern nursing signifies the fact of why 12th May is International Nurses Day. She was born in 12 May 1820 in England who sacrificed her life for the sake of serving the injured and ailing people. International Council of Nurses (ICN) mark the day to honor her sacrifice and to inspire people to take nursing as a profession.

Earlier, Catholic nuns used to appoint to take care of the patients as nurses. That time, according to the social dogmatism, married women were not allowed to do the caring jobs as they had to maintain kids and household chores. On the contrary, Catholic nuns carried much affection towards poor and needy people.

International Nurses Day 2020 is a golden opportunity for giving credits, expressing gratitude and respect you want to show. We express our endless respect and gratitude towards all the nurses for their sacrifices, great contribution, and affection towards sick and destitute people. I must show my feelings, respect, gratitude on the occasion of International Nurses Day. So, what about you?

Want to add something to it? Put your words right in the comment box below, we’ll consider to add them in the row. 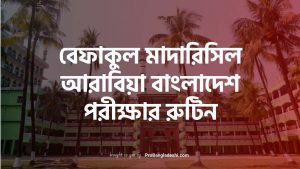 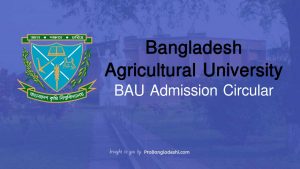 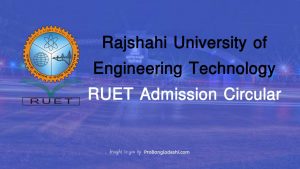